History of The City Of Poughkeepsie

The site of Poughkeepsie was purchased from Native Americans in 1686 by Robert Sanders, an Englishman, and Myndert Harmense Van Den Bogaerdt, a New Netherland-born Dutchman. The first settlers were the families of Barent Baltus Van Kleeck and Hendrick Jans van Oosterom.

The settlement grew quickly, and the Reformed Church of Poughkeepsie was established by 1720. The community was set off from the Town of Poughkeepsie when it became an incorporated village on 27 March 1799.

The City of Poughkeepsie was chartered on 28 March 1854. Outside of municipal designations, the City and Town of Poughkeepsie are generally viewed as a single place and are commonly referred to collectively as Poughkeepsie, with a current combined population of approximately 75,000.

Spared from battle during the American Revolution, Poughkeepsie became the second capital of New York. In 1788, the Ratification Convention for New York State, which included Alexander Hamilton, John Jay, and George Clinton, assembled at the courthouse on Market Street, debated, and ratified the United States Constitution. With its ratification, New York entered the new union as the eleventh of the original thirteen colonies to join together as the United States of America. In 1799, a new seal was created for Poughkeepsie.

Early on, Poughkeepsie was also a major center for whale rendering, and during the 19th century, the industry flourished through shipping, hatteries, paper mills, and several breweries along the Hudson River, including some owned by Matthew Vassar, founder of Vassar College. Due to the area’s natural beauty and proximity to New York City, families such as the Astors, Rogers, and Vanderbilts built palatial weekend homes nearby.

The Vanderbilt mansion, located several miles up the Hudson from Poughkeepsie, is registered as a National Historic Site; it is considered to be a sterling example of the mansions built by American industrialists during the late 19th century.

The city is also home to the oldest continuously operating entertainment venue in the state, the Bardavon 1869 Opera House. 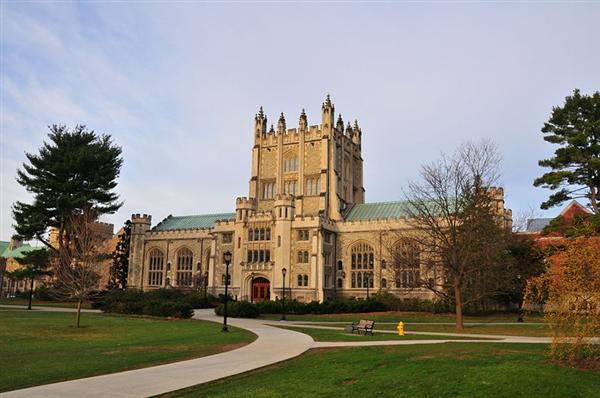 Matthew Vassar, the quintessential self-made man, had lots of money and no children to spend it on. On a trip to England in 1845, he visited a hospital founded by one of his ancestors, Thomas Guy, and became inspired to immortalize his own name by a similar undertaking. His first idea was to found a hospital in Poughkeepsie, but a man named Milo P. Jewett, who later became the first president of the college, convinced him that he would make a much bigger splash by creating a college for women—a college equal to Harvard and Yale, the best men’s colleges of the day.

In the popular press, his college was called “Matthew’s Folly,” and whether or not this “magnificent enterprise” would succeed was very much an open question. The first class of 353 students, paying $350 for tuition and “residence,” arrived in September 1865 and soon proved to the world that women were indeed as capable of intellectual achievement as men.

A hundred years later, in 1969, Vassar again led the way, becoming the first of the elite single-sex colleges to embrace coeducation. Today, the student body numbers 2,450—56% women, 44% men, from every state in the U.S. and over 60 foreign countries.

The unique traditions upon which the college was founded continue to be upheld today: a determination to excel, an appetite for experimentation, a dedication to the liberal arts and sciences, a willingness to lead, and a commitment to the advancement of equality.

Learn more about Vassar College by visiting their website at http://www.vassar.edu/ 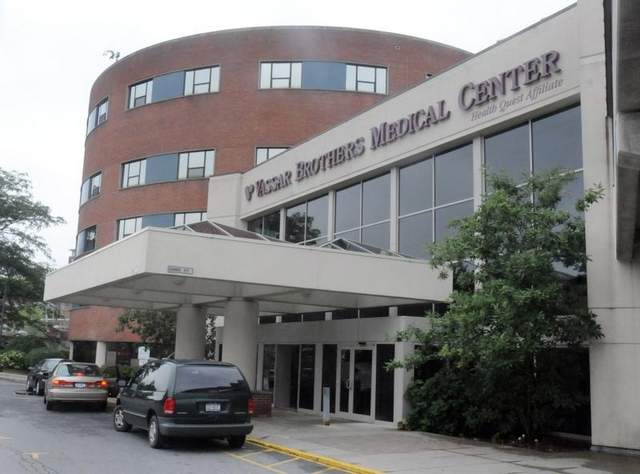 No patient had to pay for hospitalization, but those who could be paid the full rate of $3.00 per day. By 1913, over 1,200 patients had received treatment.

Mary Tower building was built in 1934 as an on-campus home for nursing school instructors, house physicians, and the director of nursing and nursing students.

In 1959, Community Circle was built with circular patient-care units with a centralized nursing station. This design was so successful that, in South Circle was built using the same architectural design.

The Radiation Therapy Center opened its doors in 1974, the first center of its kind to offer a full range of cancer treatments in the area. When the maternity services at St. Francis closed, Vassar created a special care nursery for high-risk infants.

The Culinary Institute of America 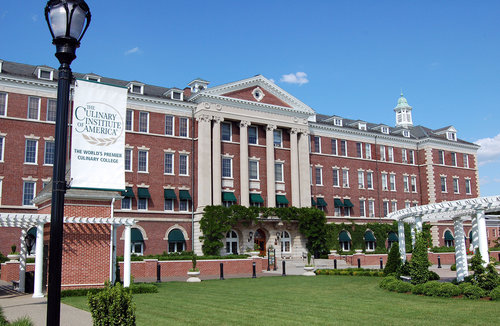 Credit: Info Provided by The Culinary Institute of America

Founded in 1946, The Culinary Institute of America is the world’s premier culinary college. Dedicated to driving leadership development for the foodservice and hospitality industry, the independent, not-for-profit CIA offers associate degrees in culinary arts and baking and pastry arts; bachelor’s degree majors in management, culinary science, and applied food studies; and executive education through its Food Business School.

Its conferences and consulting services have made the CIA the think tank of the food industry in the areas of health & wellness, sustainability, world cuisines & cultures, and professional excellence & innovation.

The college also offers certificate programs and courses for professionals and enthusiasts. Its worldwide network of 48,000 alumni includes leaders in every area of foodservice and hospitality. The CIA has campuses in New York, California, Texas, and Singapore. 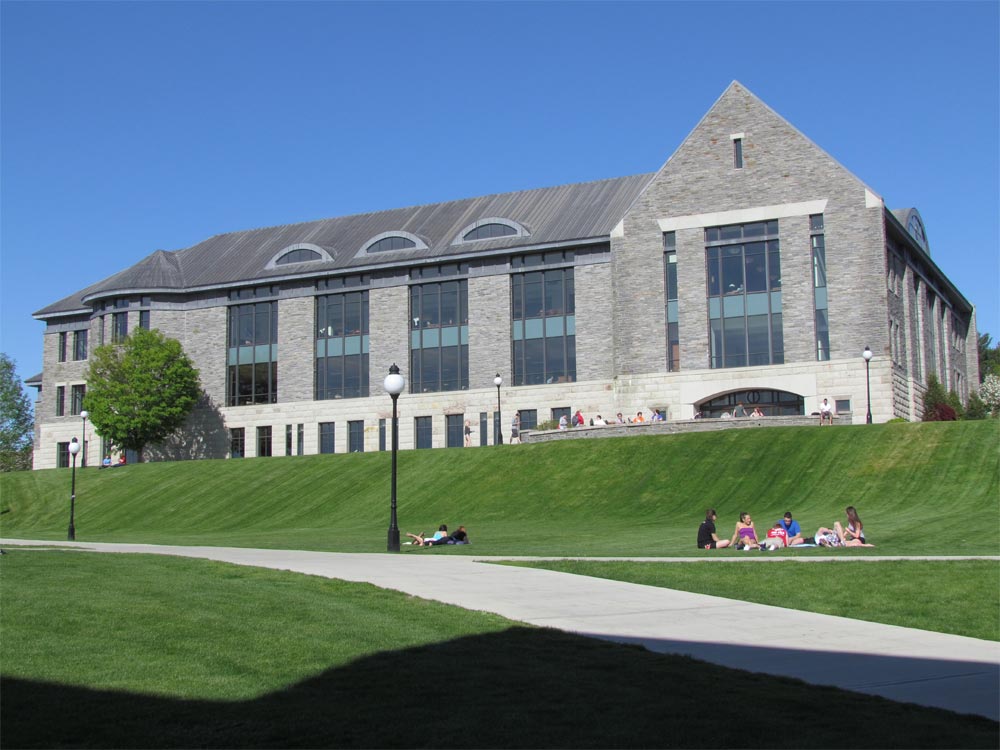 Just over a century ago, the Marist Brothers came to New York's Hudson River Valley to train young men to continue the Brothers' vocation as great educators. What started as a seminary for the training of future Marist Brothers has developed into one of the leading colleges of the arts and sciences in the country.

Marist College is now home to approximately 4,100 traditional undergraduate men and women, 1,100 adult continuing education students, and another 1,000 graduate students. In 1947, the first graduating class of modern-day Marist College consisted of four Marist Brothers. Today, close to 30,000 alumni and alumnae call Marist alma mater. Marist has a proud tradition that laid the foundation for a state-of-the-art campus for students preparing to enter the workforce of the 21st century.

Marist College follows in the tradition of great institutions like Harvard University and the College of William and Mary that were founded as seminaries and developed into independent academies of higher learning.

Learn more about Marist College by visiting their website at https://www.marist.edu/

The Walkway Over the Hudson 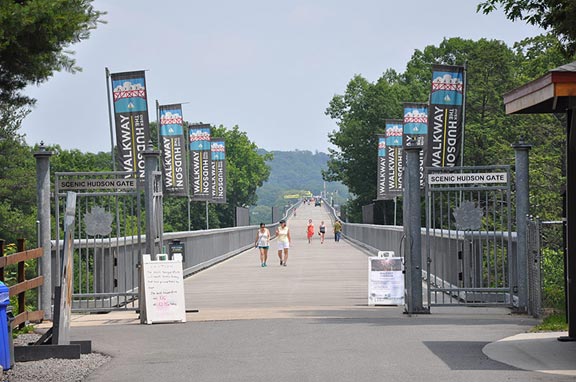 In October 2009 the Walkway Over the Hudson State Historic Park opened as a legacy project of the Hudson Fulton Champlain Quadricentennial. The park provides access to the Hudson River's breathtaking landscape for pedestrians, hikers, joggers, bicyclists, and people with disabilities. The bridge deck stands 212 feet above the river's surface and is 6,768 feet (1.28 miles) long, making it the longest, elevated pedestrian bridge in the world. Poughkeepsie-Highland Railroad Bridge was built in the late 19th century to link New York and New England to an extensive, nationwide railway network. For decades, it was a major rail corridor for both freight and passengers. After a fire in 1974, the bridge was abandoned and sat for decades as an orphaned relic. This brand new park was made possible due to the unwavering commitment of the community, who, through a non-profit organization called Walkway Over the Hudson, forged a public-private partnership involving the State of New York, the federal government, neighboring municipalities, private corporations and other not for profit groups. The amazing result of this wonderful partnership is a brand new state park, now open for all to enjoy. Learn more about the Walkway Over the Hudson State Historic Park at http://nysparks.com/parks/178/details.aspx

Indoor Seating and Carry Out 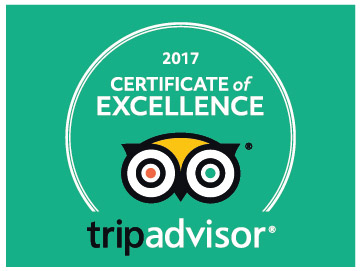 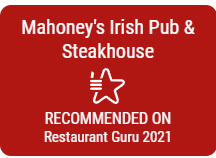